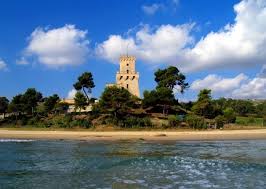 A research published by Huffington Usa on the 12 best places in the world to go to or retire, rewards Abruzzo. To convince the American newspaper were the golden beaches, the sea and the many mountains. Abruzzo has four parks: Abruzzo National Park, Lazio and Molise, Gran Sasso National Park and Laga Mountains, Majella National Park and Sirente Velino Regional Park. Depending on the season you can ski or swim. The Abruzzo Region, fifth in the standings, in the eyes of the Americans seems to be one of the secret treasures of Italy. This is due to the lack of overcrowding, because there are no heavy industries, but only castles, vineyards and stone villages. In Abruzzo, food is an important component. In most restaurants the food is cooked in the house, just like the grandmothers did. On the coast, typical dishes are fish-based, while in the hinterland there is a kiddie for the oven, lamb and sheep’s cheese. In this region, concludes Peddicord, a couple can live their retirement with less than two thousand dollars a month, including rent